It was a great race weekend at VIR! The weather held out for two days so we had great weather on Friday and Saturday before the torrential rain came in for Sunday. I was proud to fly my new FAAN flag and put the FAAN logo on my car - everyone gave very positive feedback about the RaceFAAN program and took part in the raffle - we raised $660 during the event thanks to the generosity of the racers and the organizations that contributed prizes. Special thanks go out to HMS Motorsport, Turner Motorsport, VAC Motorsports and the TireRack for their generous prize contributions!

My car was great and right out of the trailer I was able to get up to speed very quickly. With the FAAN logo on the hood I knew the car would be fast, and it was! Even though there was only one other Spec E36 car at this event (Tom Tice #10), I enjoyed racing with him and several of the J-stock, K-prepared and J-prepared cars as well. Friday's first practice session was smooth, giving me a chance to work into the car and feel it out. My fast lap in the session was 2:18.2 which was only a half second slower than my fastest lap of the weekend - which shows that the car and tires were consistent throughout the weekend. Although I had a bit of oversteer to contend with, I was able to manage it throughout the weekend and will try to dial it out in a testing day before the next event. In qualifying I had about 5 seconds on Tom and qualified first in class and 32nd overall. The Friday points race was the same - I ended up 33rd overall (out of 59) and 1st in class - the first ever Spec E36 class win! s wet. The car was stable on the wet track with no standing water. The racers held a meeting and voted to move the feature sprint race from Sunday to Saturday because the Sunday forecast was horrible, so the 2nd practice became a qualifying session. I qualified with a 2:18.9 and then again took first in class (28th overall out of 57) in the Feature sprint race. The "Fun" enduro (in quotes because every race is fun, but this one was not a points race) was held only an hour or so later - and I finished 23rd out of 44 overall and first in class, beating my in-class opponent by 47 seconds.

Sunday dawned as a torrential downpour - the nor'easter hit hard and it was raining throughout the day. During the soaked qualifying session, I had my tire pressures too low, making the hydroplaning horrible at anything above 60 mph. After two scary and slow qualifying laps I brought the car in - resigned to a starting position in the back of the pack. The rain let up for a little while and gave us hope for a drying track, but on the pre-grid it began a steady rain that would become a torrential downpour during the race. I was able to get a good start and passed a couple of cars before turn 1, but then was held up by 2 K-Prepared cars that were having a rain dance together. I picked them off over the course of three laps, but by then Tom Tice had built about a 7 second lead on me. I caught up in just one lap - and was on his bumper for the rest of the race but couldn't find a safe way past in the standing water and zero visibility so I finished only one second behind Tom in the final race of the weekend. Credit to Tom for keeping his cool and we all put the cars back on the trailers in one piece, which is really the biggest goal of any race weekend for me.

All in all, it was a fun, successful race weekend. The car worked well right out of the trailer and was consistent and safe all weekend. I was on average 4 to 5 seconds per lap faster than my only competitor, so I think that as we tune the car and more competitiors build new Spec E36 cars we will have a lot of close competition. We raised a bunch of money for FAAN, and I was able to safely put the car back in the trailer and head north. I picked up the first ever class win(s) in Spec E36, at a premier race weekend. Unfortunately the threat of rain kept away most of the 10+ families that had planned on attending, but that doesn't dampen the spirits of the RaceFAAN team. Next event will be at Lime Rock park in Lakeville, CT. I'll see you there! 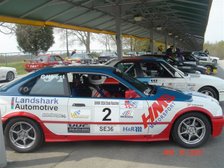 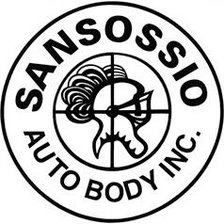